To celebrate the International Science Center and Science Museum Day (ISCSMD) on November 10, the Asia Pacific Network of Science & Technology Centres (ASPAC) will design a theme that is linked to the Tokyo Protocol from the Science Centre World Summit 2017. This will be top of the agenda of the CEO Forum at the ASPAC2018 conference in Taiwan this September.

We will share and promote throughout our network of science centers and science museums in the Asia Pacific region, so that the ASPAC theme can be advanced in the way each member sees fit, and we will also suggest our members participate in ISCSMD in the following ways

Those who are able can also do a live Facebook event of their ISCSMD celebration that can be linked to the ASPAC Facebook page.

Any output (videos, articles, etc.) that will come out of your November 10 ISCSMD activities can be placed in our ASPAC website and linked to ISCSMD website using the tools from the ISCSMD toolkit where appropriate. 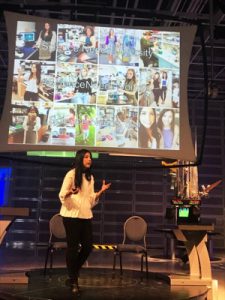