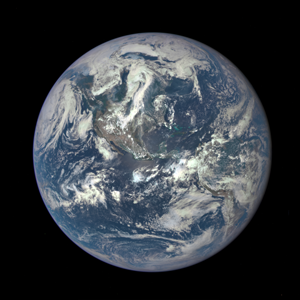 How better to show the impact of science centers and science museums than to set up an experiment that will involve thousands of citizen scientists from different institutions, cities, countries, and continents and have them all working on the same topic? That’s what we did as part of the International Science Center & Science Museum Day programming around the world, a massive project that related to who we are as institutions and to the UN Sustainable Development Goals.

Working with the GLOBE Observer program, ISCSMD science center and science museum participants could enlist and empower their members, visitors, and neighbors to join the international GLOBE network of citizen scientists, students, teachers, and scientists in learn more about our shared environment. The objective was for individuals to make observations of cloud coverage using the Globe Observer app on their mobile phones, which they did between October 1–22, 2016, in advance of the ISCSMD on November 10, 2016. Clouds are highly variable, and predicting their future evolution is one of the main challenges facing climate scientists. So human observations of clouds around the world, taken from the ground, are valuable to researchers for comparing to satellite remote sensing data, taken from above the clouds.

In the ISCSMD Global Experiment, individuals’ observations captured on their phones were identified with their science center or science museum during the app’s upload procedure. Our partners at GLOBE, NASA, and NASA’s Scientific Visualization Studio used the collected images to make a rendering of the data in a layered animation of world cloud coverage, linked below. In it, you can see the contributions from each museum.

The animation is available for everyone to use. It is an effective tool for activities that relate to several SDGs, such as: Goal 2, “Zero Hunger”; Goal 6, “Clean Water and Sanitation”; Goal 13, “Climate Action”; and Goal 15, “Life on Land.”