The Journey of Ideas

Goal 16: Promote peaceful and inclusive society for sustainable development, provide access to justice for all and build effective, accountable and inclusive institutions at all levels.

Each day, thousands of people abandon their homes in African countries, Syria, and Iraq, escaping from wars, poverty, and dramatic climate changes with the sole intention of crossing the Mediterranean Sea to seek refuge in Europe and beyond. This massive immigration has already raised tensions in many European countries, mostly resulting from a lack of knowledge and understanding between cultures and of personal experiences. It is more necessary than ever to build a bridge between the Islamic world and Europe. We need to use all the tools within our reach to foster intercultural dialogue, and astronomy contains all the ingredients needed to trigger that dialogue among cultures.

This is the main objective of the Islamic Heritage educational toolkit, The Journey of Ideas, developed under the European funded project Space Awareness, coordinated by the University of Leiden and of which Ciencia Viva is a partner . The toolkit will be ready by September to be tested during the 2016–2017 school year by Ciencia Viva and other partners. It identifies common roots between these two apparently different worlds. The Journey of Ideas proposes a trip through time and space. It fills a gap of 1,000 years in the history of science by recognizing the contributions of Islamic civilization to the development of modern astronomy and optics. It shows how scientific ideas originated in ancient Greece and were transported to the Islamic World through Baghdad, where these ideas were further developed before returning to Europe through Spain.

The educational toolkit introduces four major scientists of the golden age of the Islamic world, demonstrating that Islamic communities have a role to play in science. Two women and two men who greatly contributed to the advancement of science were chosen for this purpose: Tima Al Fihri, who founded the first university in the world (Qarawiyyin University, Fez, Morocco); Abd al-Rahman al-Sufi, who observed and described stars; Ibn al-Haytham, considered as the father of modern optics; and Meriam Al Ijlilia Al Austaurlabi who designed and constructed astrolabes.

This toolkit is the result of the work of the House of Astronomy in Germany and Al Akhawayn University in Morocco. Ciencia Viva, together with the other partners, has taken part in testing it. It has been developed for teachers of primary and secondary school and will hopefully help to break down stereotypes and pass on the message to refugees, migrants, and European children that Muslims have an impressive scientific heritage in science and engineering. 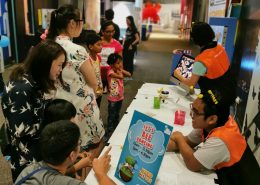 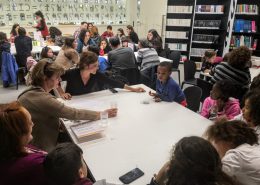 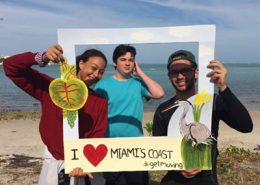 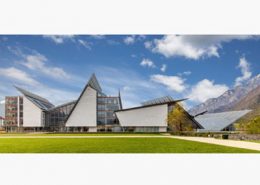